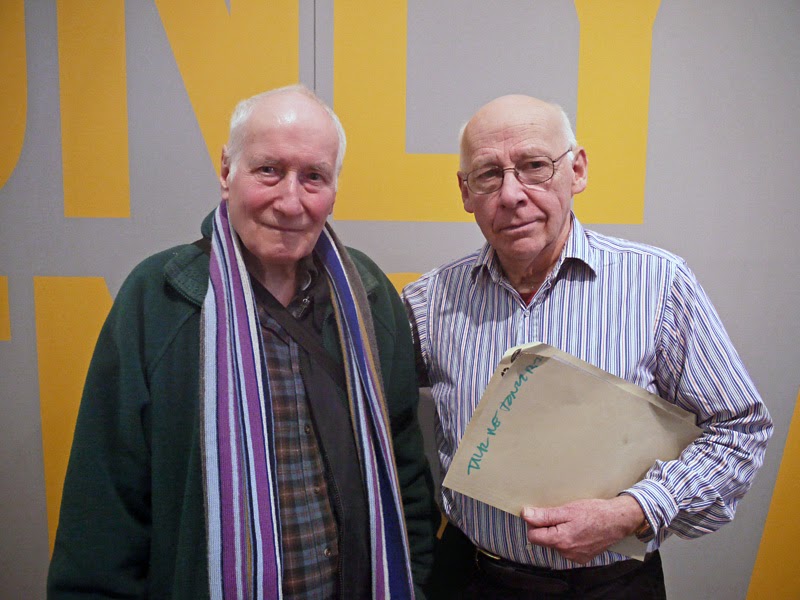 Talk by Edward Mackenzie on

My thanks to Fiona Parry, curator of Media Space here at the Science Museum;     Thank you to the audience.  I am delighted to talk about my late friend Tony Ray-Jones and enthuse over his photographs.

I am Edward Mackenzie artist, recently moved from America and I now live and have a studio in Stoke-on-Trent.

We met in New York City in 1966 and hit it off - we spoke the same language if you will, two different personalities – he akin to Prince Hal, myself leaning towards Richard III.  We shared two important influences as artists: firstly, as living outside our countries for an extended period of time, we were better able to observe our native lands.  Without his time in America, I doubt Tony would have made such potent statements about the English.  The second influence was Alexey Brodovitch, the iconic Russian designer and mentor of photographers. Enough of history, I don’t just want to trip down memory lane.  I’m here to talk about and ponder the work of Tony Ray-Jones artist to artist, not letting personal history skew my view.

I markedly say artist.  I admit that I do not consider most photography as art - it not being more than a wonderful recording device.  Unlike say painting, or sculpture, photography leaves little room for creativity – a small aperture through which a photographer becomes an artist taking photographs. Consequently more power to photographers recognized as artists.  Tony was one of these.

As to Tony’s product - these Exhibited photos:  I’ve seen these photos again and again - so many times - in all formats, from contact sheets to prints to posters etc.  But, you know what? I keep coming back for more.  Entertained, informed and   inspired yes, but more so intrigued by the mystery of why this work works and continues to captivate and move me.

As an artist myself, I’m fascinated by process, including my own, of how to get from A to B (I don’t mean how to mix egg tempera or the application of gesso).  Tony achieved worthy results via a process more of the mind than the Leica and darkroom.  Not to dismiss his technical process, but unlike some other photographers, he did not get stuck with apparatus and the mechanics of photography - rather, having done that apprenticeship, it acted as a primer to the ‘real stuff’.  Tony’s real process as an artist was mental – not how to photograph, but of what, and why.

These exhibited photos are collectively the point of departure for us seeking an understanding of what lay behind the eyes behind the camera; which begs the question – What was this man all about?  The metaphysician would say – we don’t really see with these (eyes) – we see what we want to see determined by what is in our head – what was in Tony’s?  What is it that makes Tony worthy of inclusion in the pantheon of revered English photographers?

My personal take on what these images represent and what Tony was about I see as theatre – English theatre!  The photos are filled with enticing theatrical content: happenings and ‘business’, not to mention a splendid cast of characters large and small (in both senses of large and small).  I include the dogs; if you saw the film Billy Elliot you might remember the dog running up the incline behind the miners’ terrace.  In the accompanying text of this exhibition, someone alluded to the viewer being drawn beyond left and right of frame - curious to know what is happening there – stage left and stage right if you will, pre and post the moment recorded.

Ray-Jones photos tell a story – a drama, but incompletely, leaving the audience (us) wondering what we missed in Act I, Scene 2, or what is going to happen in Act III. What about that silent figure tucked in to the side of the caravan in Morecambe 1967 - what is he up to?  We want to know - and what about the dog?  We are talking ENGLAND as seen by an English photographer – perhaps an artistic cousin of Harold Pinter, or Arnold Wesker, or dare I suggest Arnold Bennett (a favourite son of Stoke where EM lives).  It’s a drama - leaving us to our own devices this side of the footlights– no going back stage to see the actors of this very English drama taking their make-up off.

We are drawn in, only so far.  The mystery and speculation are the enticing stuff of art.  In the incompleteness of this drama the observers (audience) are free to speculate and thus join in, making a contribution – becoming participants in the play.  No less than as participants at the National, MOMA or Tate Galleries.  The photos are as stills in a moving picture rich enough to stand alone.  See Ramsgate 1968 – Walls Ice-cream! Evocative of sticky fingers on leatherette cinema seats – there’s another dog!

I have no definite answer for what makes Tony’s work worthy and esteemed.  I like not knowing.  I want the R. C. Sheriff play not to end.  It is something to do with a kind of power inherent in the incompleteness of story, encouraging query and wonder, the more meaningful minus completeness and closure, as was the life of Tony Ray-Jones, tragically snuffed out at the age of 30.

So, try it on – have another look see at Tony’s evocative photographs.  We are left to question and ponder – no glib explanation will do.  I like the question ‘What was this man about?’  Again, I offer no clear answer, except to say whatever Tony was about it is good enough for us to return again and again for another sip at the fountain of his mind.  Here’s to you Tony, wherever your spirit resides, thanks for the black and white memories.

[Ed Mackenzie and Tony Ray-Jones were fellow students at Alexey Brodovitch's now-famous Design Laboratory some time after me, Tony at Yale the year following me and Ed later. The two met when Tony went to work in New York.  My thanks to Ed Mackenzie for letting me post his talk here. J B-H]


Posted by John Benton-Harris at 13:27 No comments: